﻿Name: Ernie
Birth Date: March 11, 2009
Size: Tweenie
Color: Red
Nicknames: Ern, The Ernster
Likes: Sitting on mom's lap, staring at mom and following her around, neck smoochies from mom, barking at birds/squirrels/kitties, chasing rabbits, eating pizzles, licking peanut butter out of his Kong, running on the treadmill, running beside mom's bike, going off-leash with his brother Bert, car rides, frolicking with his girlfriend Talina, and spending time with his doggy cousin, Zoey.
Hates: Getting nails trimmed, having ears cleaned, getting a bath, being away from Mom, and going through the automatic car wash
Ernie is a sociable, relaxed, and easygoing dachshund that likes most dogs and people he meets, especially kids! He worships his mom and aspires to sleep in the big bed...but he's still working on that goal. He is a smart boy with an excellent sense of humour but can be very stubborn! He doesn't often play with toys--instead, he likes to carry his dog bed around and barks into it for fun. He brings it out of his crate into the living room every single time he gets up. Although he is lazy throughout the day, he LOVES to run, especially next to mom's bike or on the treadmill. In the winter, Ernie and his brother run an hour together on the treadmill every day! Ernie is also a doggy model that aspires to be famous, and he can be seen showing off his svelte body on billboards outside of Sadie's K9 Stay and Play, where he recently took obedience classes and passed at the top of his class. The day he graduated, his auntie took a picture of him in a grad cap and Sadie's liked it so much that they used it on their billboard! 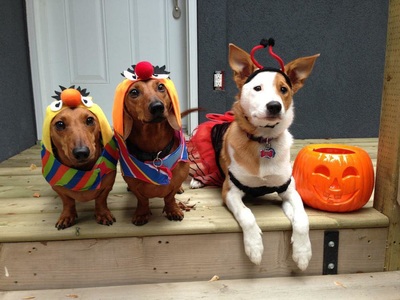 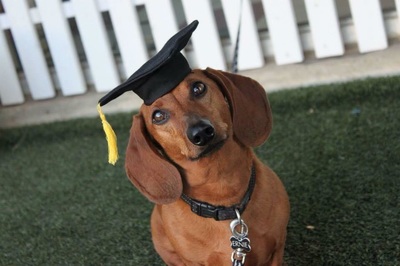 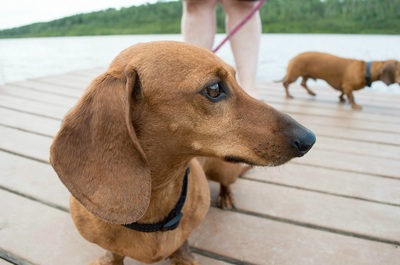 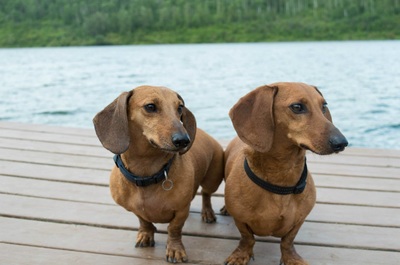 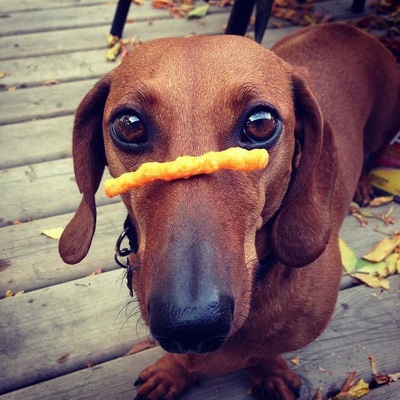 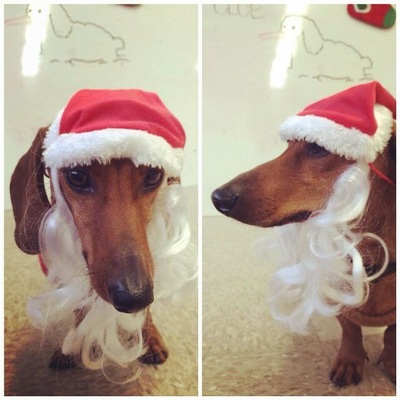